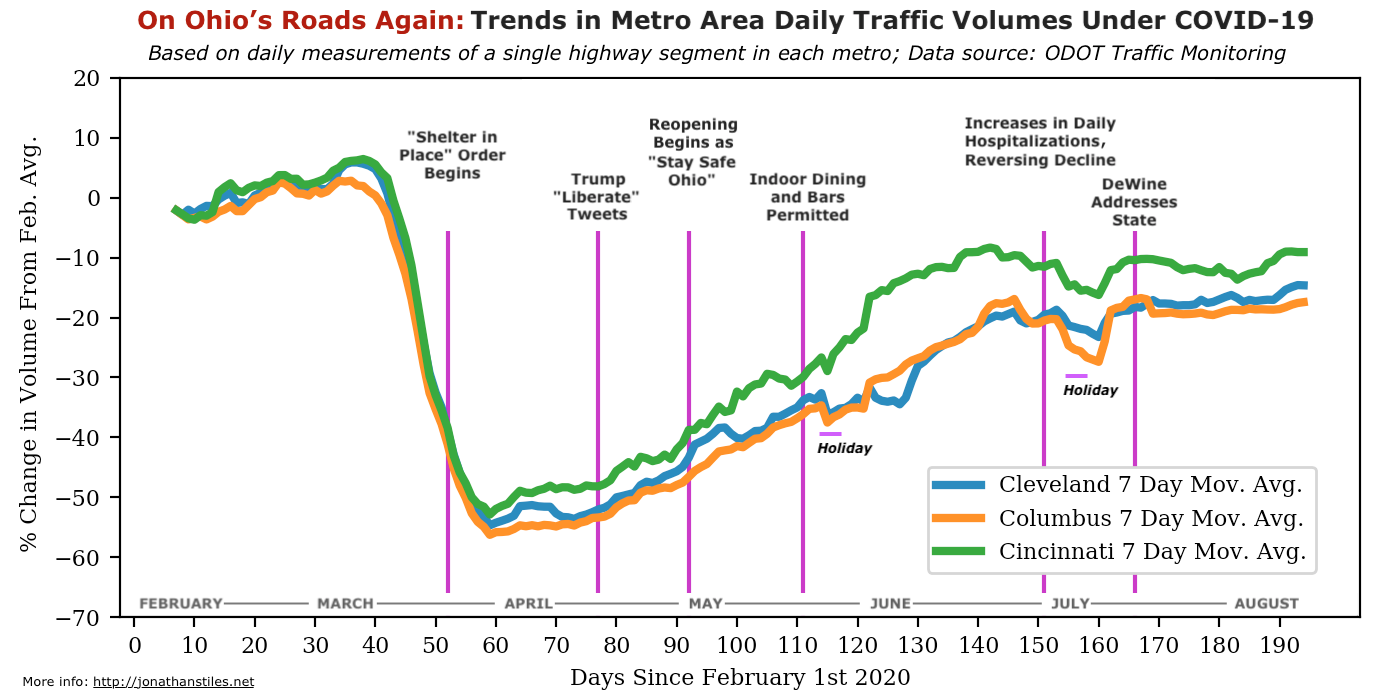 I downloaded daily traffic volume data for one highway segment in each of three metro areas from the ODOT Transportation Data Management System. Highways were selected based on the availability of daily data, and were I-90 (Cleveland), I-670 (Columbus), and OH-126 (Cincinnati). Because traffic volumes are much lower on weekends compared to weekdays, I calculated a seven day moving average for each metro which makes for a smoother visualization of the trend. In determining percentage change, the average volume of the month of February (before COVID-19) was used as the denominator for each metro. Altogether the percent value for each day represents the percent difference between an average of the previous week’s volume and this pre-COVID average.

The graphic is meant to be interpreted by the viewer and to spark discussion. Here is what I think: It is notable how soon after the sheltering order we were resuming travel–well before reopening began under “Stay Safe Ohio.” Certainly one theory for why is the deep political division in our COVID-19 response, which manifested as the anti-lockdown protests that took place in Ohio and other states, and were sanctioned by the president. Also the initial drop in volume is not as much as I expected it to be, with schools remote and so many businesses closed. This is perhaps because of the same reason, as well as as our order being lax and unenforced. I plan to compare this data with data from a country that had a more unified and strict response to explore this hypothesis.